Curious about what great things are going on here at the salon? Subscribe to our newsletter to receive regular news and offers.

Back to home
Home 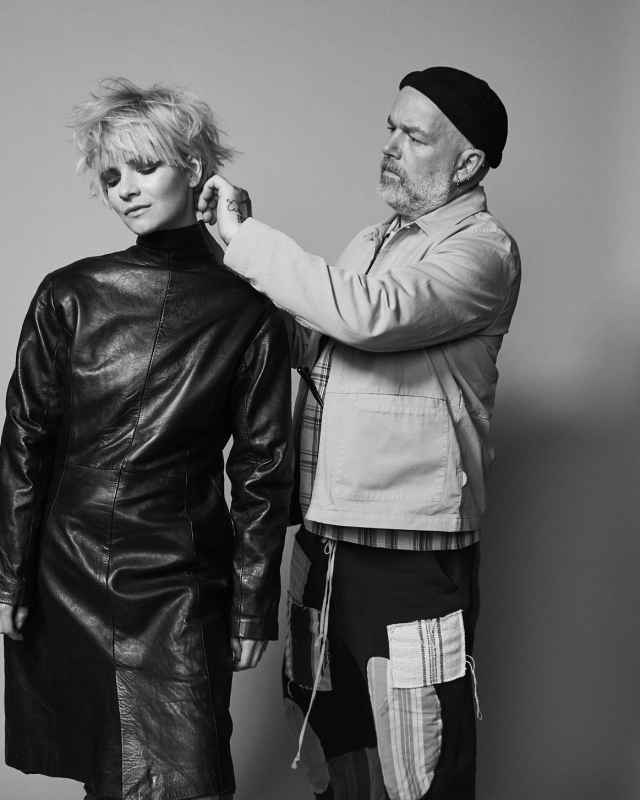 I was first introduced to him when he was a 13 year old salon assistant, I think that he always wanted to be a hairdresser you see, we would head off to Something Else, a salon in Minehead in Somerset every Saturday where Adam was dedicated to learning the trade, he never stopped, for his 13th Birthday he asked for 3 block heads and they all saw a lot of practice.

On June 6th 1989 Adam left school, and after a very turbulent school life where he was told he would never make anything of himself, he decided to never open his O Level results, just to make a point! He started working at Something Else full time and finished his training over the next 2 years completed his formal training, learning from some of the best.

At this point he realised the importance of nurturing skill and decided that this was something that he would take with him and share throughout his career, He also realised the importance of good relationships, good products and a great kit, you see, I am his trusty hairbrush, I have been with him pretty much every day of his career until now, he has looked after me, shared his career with me and taught me everything that I know, mainly never to talk about Politics, Sex or Religion!

No7 in the hairdressers Ten Commandments.

Creativity touches every element of my life. It’s in my bones.

After learning the trade, Adam spent time in salons in Taunton and Tenby before making the move to London and starting work at Charles Worthington in 1995 – he was full of energy, passion and drive and excited to be in one of the most creative cities in the world.

To subsidise living in London, Adam worked in the evenings in a bar called Brief Encounter and more importantly for renowned Corsetiere ‘Mr Pearl’ where he beaded corsetry for the likes of Christian Lacroix, Thierry Mugler, Antonio Beradi and the then-unknown designer Alexander McQueen, Whilst working with Pearl he was introduced to the eponymous Isabella Blow, who took him under her wing.

Issie was the queen of Fashion and an incredible networker, introducing Adam to some of his long time collaborators and feeding his desire for the creative, it was Issie who allowed Adam to believe his dream of becoming the hairdresser that does it all!

Whilst following his desire to create beautiful hair, Adam kept his feet firmly on the ground, keeping his head down on the shop floor at Charles Worthington’s Covent Garden, then Dorchester Hotel Salon.

I have been gently brushed through the hair of many a rock star, model and Hollywood actor, not that you’ll ever hear Adam boasting, he seems to take it all in his stride, making sure that whoever is in his chair is totally at ease, and are more often than not found laughing their heads off.

He seems to love his chosen path and took to styling hair at London Fashion Week since 1996 and New York since 2003 like a duck to water.

I rarely hear Adam talking about himself but I did hear him say;

‘Creativity touches every element of my life. It’s in my bones. I love the process of starting out with a grain of an idea, a texture, a tear sheet, or even a scent and putting it through the cogs in my mind. A bit of clicking, whizzing and whirring and then all this stuff starts forming and then it’s there. The idea. And if that one doesn’t work, well there’s plenty more where that came from’.

Making sure that whoever is in his company is totally at ease and comfortable is a skill that Adam has mastered over the years, and you will rarely see Adam losing his cool, actually, there is normally an air of cool with a little comedy hanging around wherever you find Adam working.

This was all before the age of social media, although Adam recognised the importance of media relationships, something that he has taken great pride in throughout his career maintaining and nurturing these relationships to mutual benefit.

He is often answering the questions of the world’s media whether it be on key trends or the best ways to maintain the health of the hair, Adam is on speed dial.

I have had the pleasure of seeing Adam nurture the young hairdressers that often go on to create a name for themselves on a global level, with both education of techniques and trends as well as setting the foundations to build brands.

I love the process of starting out with a grain of an idea…and putting it through the cogs in my mind.

Global leaders in hair care and beauty ask him to talk trends, help with NPD projects, to build messages, they also call upon Adam to present exclusive launches.

I seem to have spent more time on a plane than I have on the ground, travelling all over the world to educate, to create imagery, to launch product, to style hair for the Red Carpet, there really is never a dull moment.

I have seen Adam move to NYC, work with young up and coming models and designers, support young talent, launch salons, appear on the final ever Sex and the City, create global hair trends, launch global hair care products, launch his own hair care brand, laugh a LOT, advise global brands in beauty, hair and fashion, drink a lot of tea, buy a lot of shoes, spend a lot of time on plane, spend a lot of money on hairpins, wear a lot of wigs, make a lot of people laugh, not take himself too seriously, create hair for 6 L’Oreal Colour Grand Trophy Final Shows, create hair for 85 models at the Imitation Of Christ Show in NYC in 2004, Create his first runway looks for Red or Dead at LFW in 1996, makeover and make under many a model, I’ve seen him get married and become a dad, I have felt his passion and frustration and joy, I have seen him get over excited and deeply disappointed, but more than anything I get to see him enjoying himself.

I have helped Adam create his signature aesthetic of low-key but luxe hair, a perfect fit for the beauty pages in high-end media, making him a favourite of beauty editors in the UK and beyond. The hair that Adam creates is the hair that women want to wear, which has led Adam to creating a series of step-by-steps for Elle over the last year as well as a host of editorial shoots and stories. Recent editorial credits include: Vogue, Elle, Nylon, In Style, i-D, Tank and Sunday Times Style.

Adam also works commercially and has led the hair direction on campaigns for Boodle, Agent Provocateur, Harvey Nichols and ghd.

I have experienced Adam educate thousands of hairdressers with his personable style, a blend of traditional skill, vision, experience and experimentation. Students attending his seminars leave inspired and, most importantly, armed with new skills that can be put to use immediately in an array of hairdressing scenarios. Adam has proved to be an inspirational mentor for many young students under his tutelage – providing guidance and clarity on developing both the hairdressing and life skills needed to get ahead in the industry.

Adam draws his influences from a wide and diverse range of sources. Urban culture, typography, fashion history, the way the light plays on the buildings of his East London neighbourhood — all these references and more can be seen on Adam’s social media feeds. Want to have a walk around inside his head? Just look him up on Instagram. While every day brings a flurry of inspiration, Adam has solid skills and a stellar industry upbringing at his core that make him a true all-rounder; cutting, colour, styling, men’s, session work, educating — you name it, he can do it and he’s very likely done it. A lot.

After learning traditional finger waves and sets in his grandmother’s kitchen, he went on to win a coveted place on the industry’s FAME Team in 1999, enjoyed a 13-year tenure at Charles Worthington – eight of those as Creative Director – and 2 years in New York establishing the Worthington brand. All this set Adam in good stead for launching a new salon brand, Percy & Reed, in 2007, This year Percy & Reed will be celebrating their 12 Year Anniversary.

Since his Nan bought me from a chemist in Watchet Somerset in 1986 for his 13th birthday I have had the best life and cannot wait to see what is yet to come.

The Shag Movement: Things You Need To Consider Before Getting A ‘Shag’

Learn the Hairdressing lingo to help you communicate with your stylist